Creating a Vision & Telling a Story

We were at the very beginning of the DIVA our Digital Intelligent Voice Assistant. The task was to build a voice assistant for e-commerce. My entire career has taught me, again and again, “communication is key.” I knew I had to find a way to create a vision and communicate it to the team so everybody understood our goal. It needed to be simple, so that even non-technical people would grasp it.

To understand the possibilities of intelligent assistants and voice recognition, I read many articles and downloaded every possible application to see how far things had been pushed. I completed several product purchases with these apps, and documented the process. 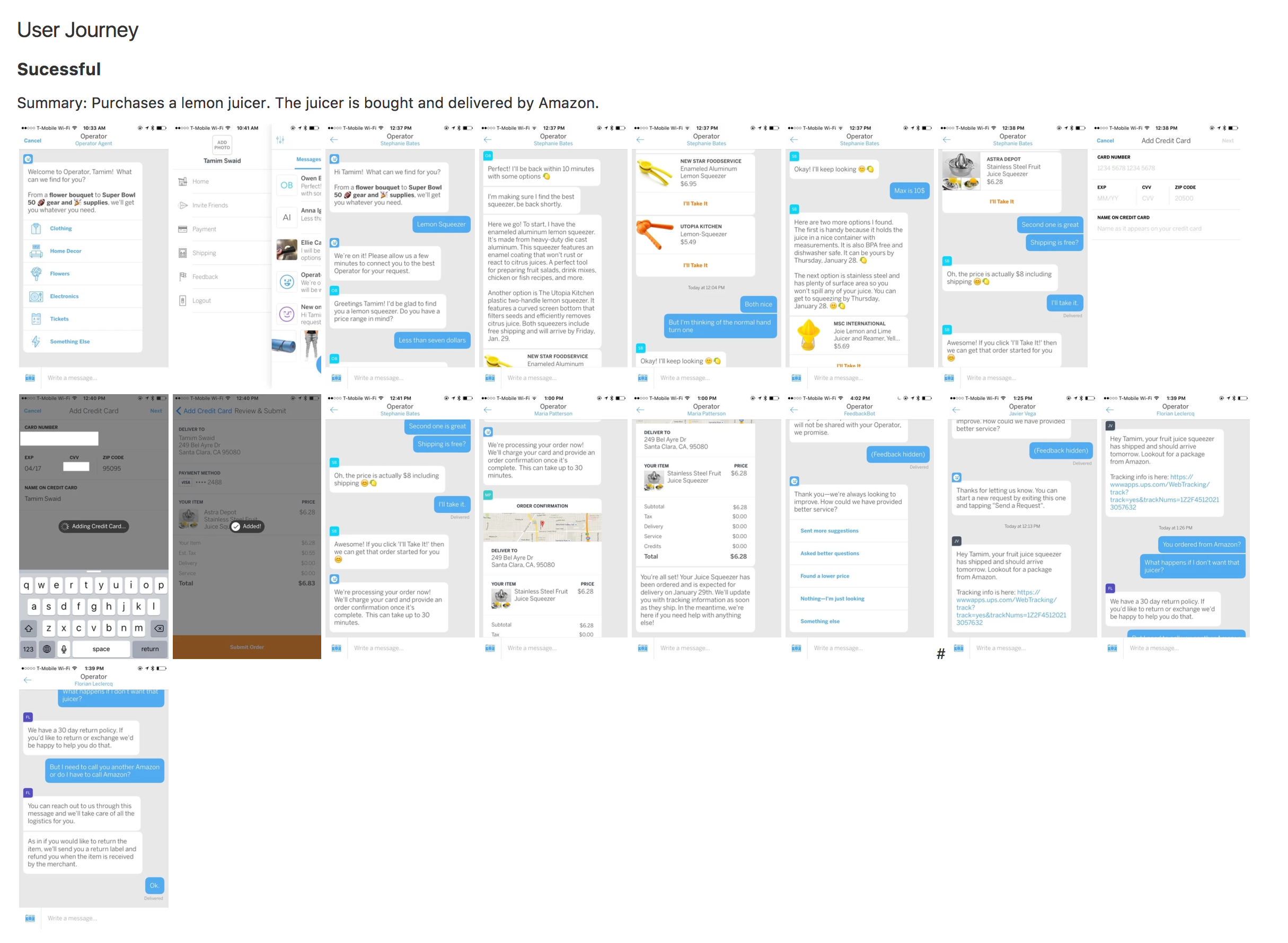 Documenting the buying process in a text based ecommerce assistant

The product arrived at home

With Alexa in my home and Siri on my phone, I tried as many interactions as possible. At the end of the research phase I had a good understanding of the landscape and the approaches that were used. 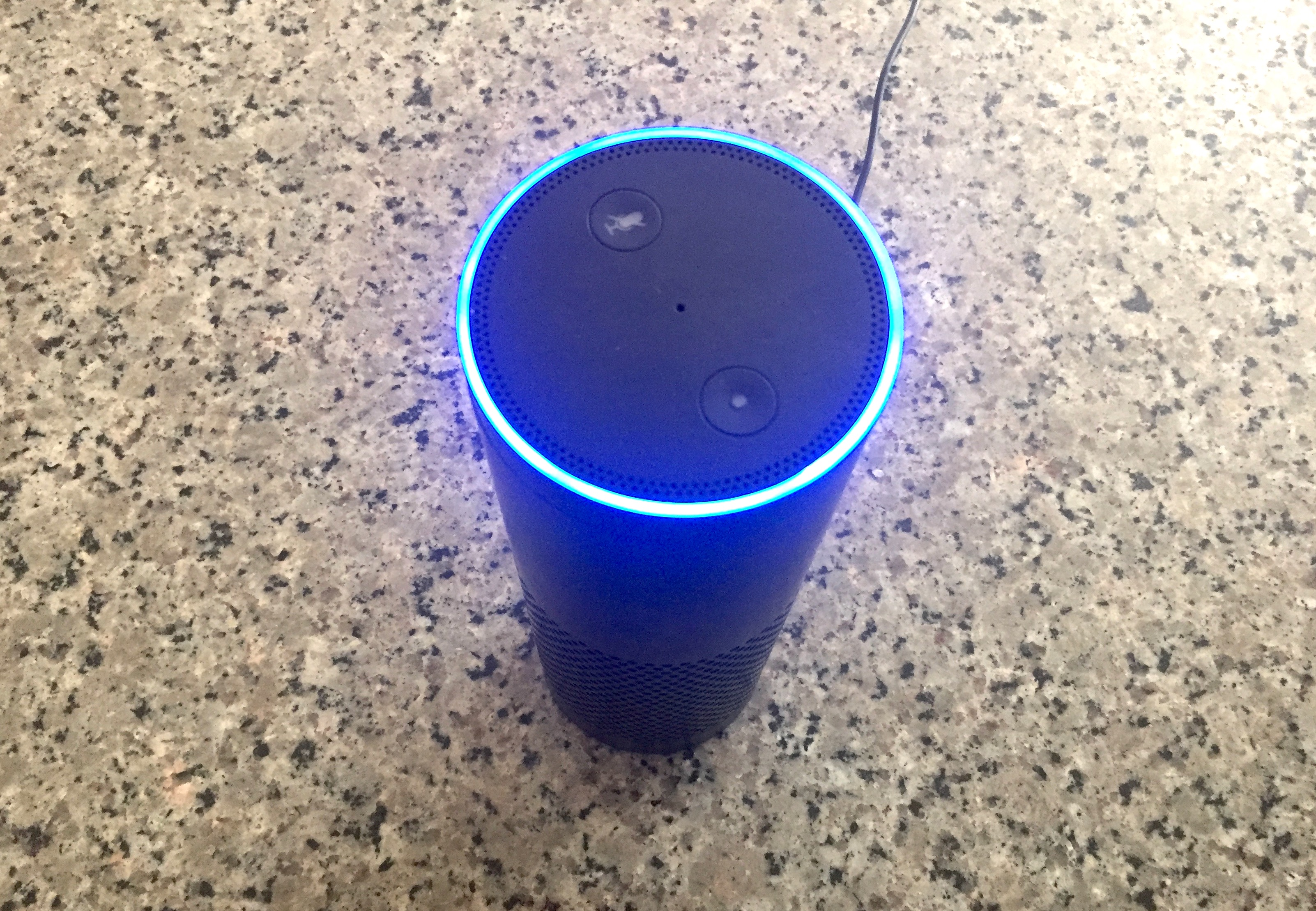 Part of the research was to introduce my three-year-old daughter to voice assistants. Seeing how quickly she was able to search for specific videos without being able to write was amazing. This is when I truly grasped how important voice will be for the future of human-computer-interaction.

My three-year-old daughter interacting with Siri

While doing the research, I already was working on the vision. Since the team was scattered around and focused on other tasks, it was difficult to integrate them into process. The general idea I have regarding interfaces is they are just a glass pane. We interact with computers and smartphones through different tools (mouse, keyboard and touch) just to have information displayed on the glass. The addition of voice recognition and language understanding would make the “glass” much faster. It all boils down to the following vision statement. 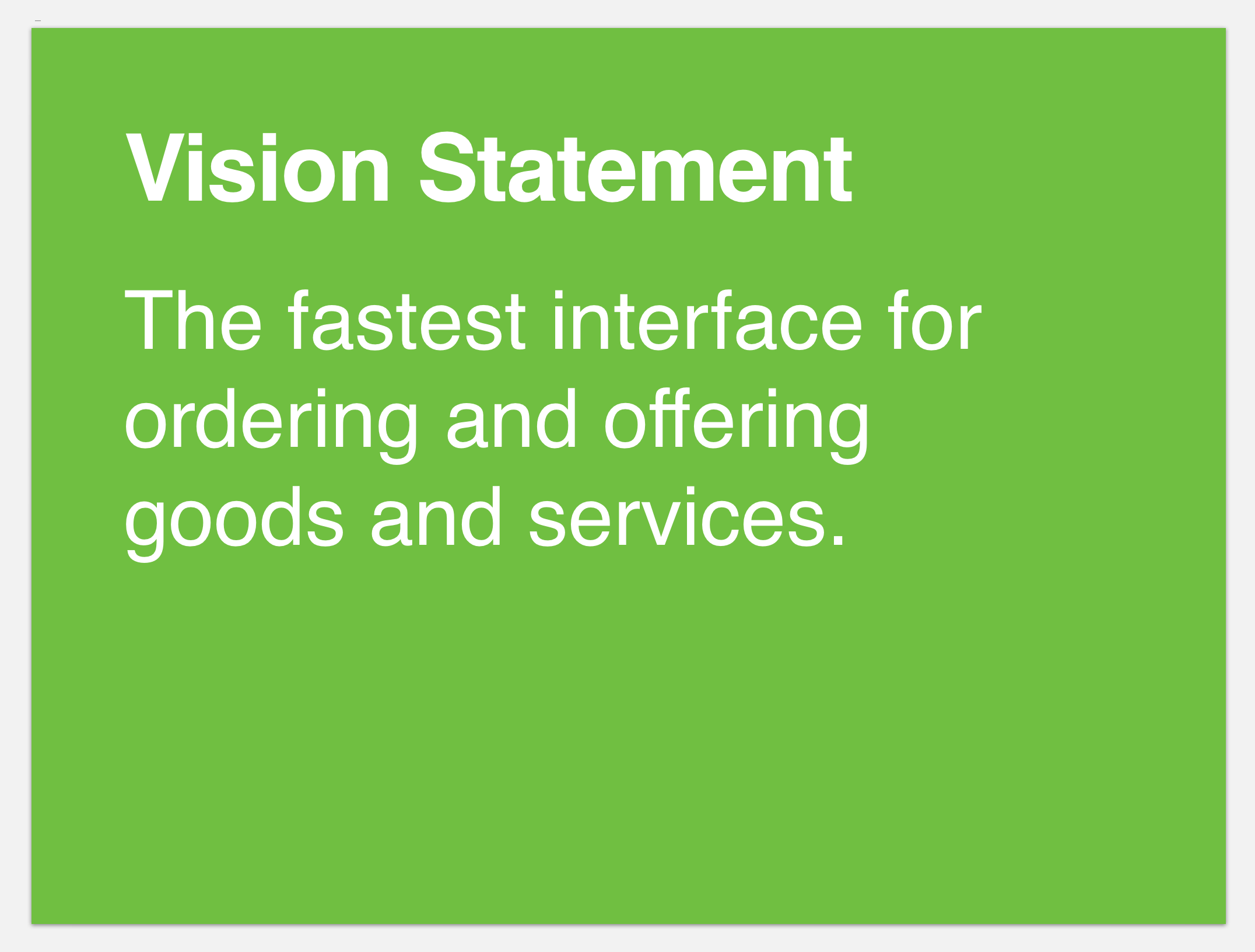 To communicate the vision, I came up with the idea of using an analogy of a salesman standing behind the glass, where the glass symbolizes the device’s screen. Here’s the email that I wrote to the team:

"There is a very good salesman. You know, those guys who can sell you exactly what you need. As if they could read your mind. We all have dealt with those guys. The problem with this salesman is he is standing behind a wall made out of very thick and durable frosted glass. He can’t see who is on the other side, but he can write on it and people can read his messages. So, he writes, "I sell things.” The only thing he is able to do is make a tiny slot in the glass. So, people write their orders, such as “nice jeans” or “hiking boots” on pieces of paper and slide them through the slot. The people can’t see or hear the salesman, though. They only can see the pictures that shows up on the glass wall, along with some descriptions he writes. They tap on the things they want. The salesman can see their taps. Then he holds a sign next to the picture: “I want to buy this” So, people tap on that then write down their address on a piece of paper and slide it through the slot. He takes it and let the postman deliver the order to the customer. It is a very complicated way of selling and buying stuff, but it works.

So then there comes a glass maker. He sees that and thinks: I can help the salesman by inventing better glass. So, he invents new glass and calls it DIVA.

DIVA's features are:
- The glass has a hole, so people can submit their orders via voice.
- The glass is semitransparent, so the salesman can see his customers.

Now the world of this salesman changes dramatically. He can see and hear his customers. People tell him, "I want boots for my daughter." So, he shows them the things they want. He also memorizes what people say when they buy their things, just like a good salesman.

This is what DIVA is. It is the new interface for the world of sales. People can talk with it, tap on the things they want, or just say them out loud. DIVA is so fast and accurate that people are amazed by it. They visit more often since buying things is so easy.

The feedback I received on the story was very good. “Wow! the best piece I read about a voice interface. Genius!!!!” The story was then also shared with partners to tell them about the product that we were working on.

The vision statement was the North Star. The story was our binoculars to see the North Star more clearly. Now we needed something more tangible to know what we would try to build. The best way to do that was to make the product real. My starting point for designing interfaces is (if possible) to look at what is out there and learn from it. See the good things and the not so good things. You immediately can test interaction patterns without building them on your own. The next step was designing an interface. The goal wasn’t to have perfect usability, but an interface to tell a story. For a new project it is also a design exercise because the first version of the design language can be explored in a very simple way.

So, I started and designed the very first version of DIVA. I shared the first designs with the iOS engineer. It is always helpful to get feedback from peers, four eyes see more than two. For the first designs, I used Marvel to make them interactive and easily sharable.

Our User Story told with Personas

But the prototype was not enough, and didn’t tell the whole story. To show the benefits of such an interface, I used personas and embedded the interface in a real life situation. That way I also could show potential AI capabilities and discuss with the team what is possible for us. I extracted the features and highlighted what the AI would need to accomplish to deliver that experience.

My presentation communicating the vision with personas

The visualized story was used extensively, internally, and with external business partners. I later extended the story to other scenarios. It served us very well and gave us all a shared understanding of what we wanted to build.