“Team, We Are Faster than Siri!”

When AppTek speech recognition technology debuted, it recorded the audio data, sent it to the servers, and then sent it back to the device as text. The ability to send text back while still recording / speaking was one of the relatively new features that made a voice assistant like DIVA possible in the first place. The crux was that it took 2.7 seconds or more until the uttered word was displayed on the device, which made the interface feel sluggish.

Early recording shows lag between utterance and display of the word

Especially when it was compared to other voice recognition systems. Back then the team was not aware that this might be too slow for the user. It “worked” and there were other problems the team needed to solve.

First, we had to understand as a team that this was a real issue. As Jakob Nielsen writes in his article Response Times about human-computer interaction, three time limits are crucial, and every interaction designer should know them: 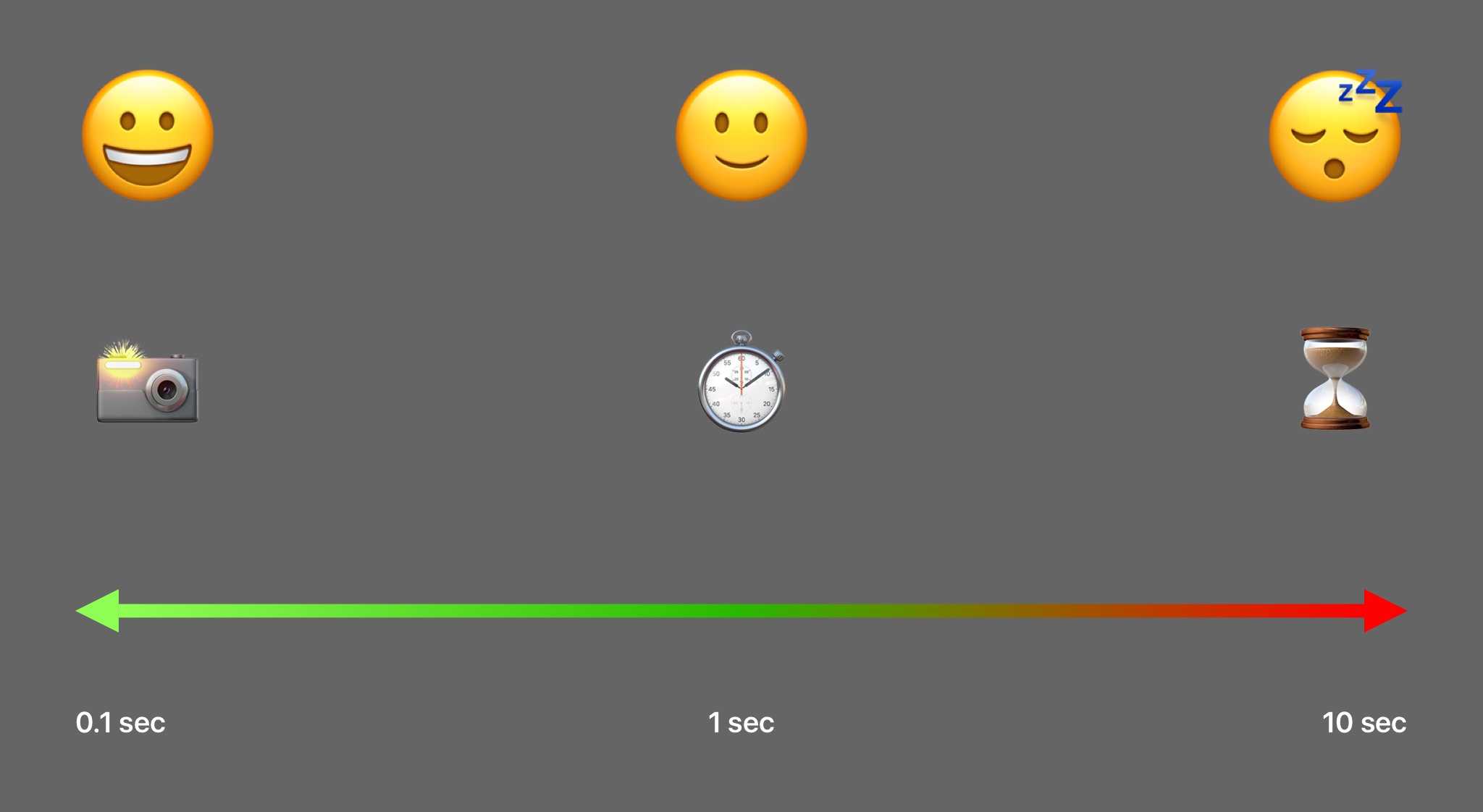 Everybody wants to be happy

After sharing this fact, I needed data points to show how slow the recognition was. I needed to come up with a simple and pragmatic way to do that without stressing out developers and binding their resources. So, I recorded the speech recognition with screen recording software, or I just took a video of two or three smartphones with DIVA and other voice recognition software next to each other.

Siri vs. Google vs. DIVA

Then I replayed the recording and counted the frames between the uttering of word and the word being displayed on the screen. Then I just needed to calculate the seconds based on the fps of the video file. I would do that with two different sentences every now and then. All competitive voice recognition software was faster than 1.0 second, with Google being the fastest. DIVA with up to 3 seconds was way behind. Fixing this was not an easy task. There are different systems that work together and different reasons why it was taking longer for DIVA.

Every time I did the test I shared the results in our weekly meetings and asked the team what we could do about it. The engineers came up with ideas. After those were deployed, I tested again and shared the results. It was important to keep working on the issue continuously. It is only when a problem haunts you that you think about solutions. To ensure this was the case, the team needed to be made aware of the issue. The process went on for nine months. Not every change we deployed made it better. But every change meant we were trying, and gave us a new way of looking at things.

The engineers also would come up with ideas for simple visual indicators that the system was working or for debugging techniques so the user could see on the screen when something was stuck.

Nine months later we broke the 1.0 second barrier. It took DIVA only 0.6 seconds until an uttered word was displayed on the device. That was 350% faster than when we started (2.7 seconds). We were even faster than Apple Siri, and nearly as fast as Google speech recognition. This was a big achievement for the team.

Nine months later we were faster than Siri

Design is not how it looks, but how it works. And only close teamwork between engineering and design can make the dream work.